The City of Bologna, in north of Italy, decides to streamline bureaucracy and make citizens’ access to municipal tax services faster thanks to Ovy’s conversational AI. A digital assistant at the service of citizens and public administration.

The city of Bologna is one of our country’s major cultural and industrial centers. For years, it has been attracting people from all over the world; so much so that it ranks among the largest and most densely populated municipalities in Italy.

Against this backdrop, the Municipality of Bologna had a twofold challenge: to make citizens more satisfied through a better experience throughout the entire journey; and to overcome resistance to change among municipal employees.

The city’s municipal administration was looking for a solution to digitize part of its administrative and tax services with the goal of limiting the number of requests made at municipal offices and responding quickly to citizen inquiries, improving customer service and reducing operational costs.

The Digital Assistant is tasked with guiding and informing citizens on all administrative and tax issues, from information on IMU and Tari to indicating deadlines and how to pay municipal taxes. In short, imagine having answers to all those questions that each of us asks with respect to unavoidable activities in our lives, and also imagine the convenience of asking them freely from your home or even from your office, talking to a virtual assistant ready h24 to give you support. This is precisely what is happening for the citizens of Bologna. 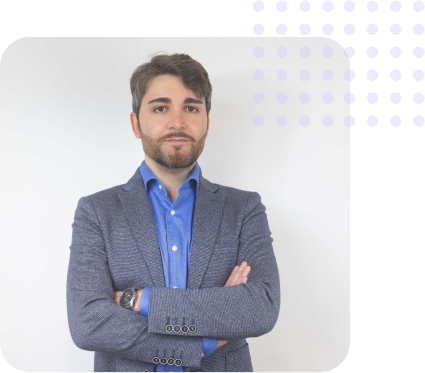 “At Ovy, we firmly believe that Artificial Intelligence at the service of Public Administrations, especially local ones, can greatly improve the relationship between institutions and citizens to make it increasingly simple and transparent.By increasingly creating a relationship based on trust, we are confident that we can improve the sense of belonging to public affairs.”

The Municipality of Bologna was one of the first municipalities in Italy to launch a digital assistant, supported by conversational artificial intelligence, that provides information to citizens about tax and fiscal services and unlocks resources to be applied in new projects to improve citizens’ standard of living; as well as making the work of municipal employees faster and easier.

The digital assistant automates responses and interacts with users as if it were a human being.

With Natural Language Processing, the virtual assistant recognizes sentences from a grammatical and semantic point of view; it understands typos and shortcuts in users’ conversations, always providing the right answer to people’s questions.

With Deep Learning, the AI continuously learns from chat interactions and becomes more accurate and faster in giving the right answer.

The virtual assistant is a true management tool from which data and insights can be extracted for use in decision making, by managers, top management and all municipal employees, to always make better decisions based on the power of data.

Digitalize the Public Administration as Bologna’s city council did